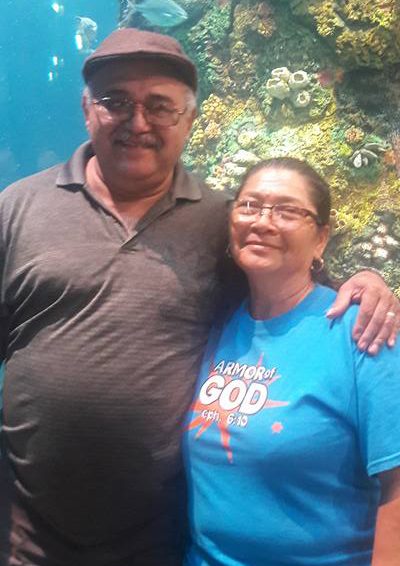 José Dimas Velasquez was born in Conchagua, La union El Salvador on May 8, 1954 and majored in Philosophy at the Franciscan Bible Institute in Guadalajara, Mexico and at the University of José Simeon Canas in San Salvador, El Salvador. He and his family came to the United States in 1982 in search of work and a better way of life. He came to Impact in 1988, was baptized in January 1989, and was granted the privilege of serving as an elder of in 1997. Dimas later studied at the Gulf Coast International Bible Institute in Pasadena, Texas and now works as a full-time minister at Impact. His family includes his wife Francisca A. Velasquez and his 4 children José Dimas Velasquez, Jr., Karla Yanira, Araceli Elizabeth and Claudia Lizet.