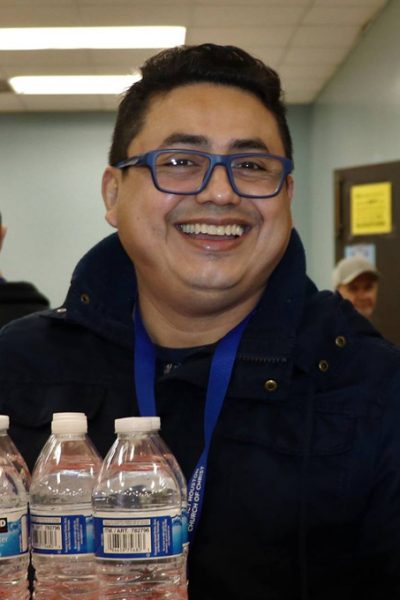 Carlos was born in 1979 in El Salvador. He is the youngest of three siblings. Growing up in a Christian home, he was part of the downtown Church in San Salvador, El Salvador. His mom was one of the very first Christians in the Church of Christ in San Salvador, fruit of American missionaries in the 60s. Carlos’ mother, Carmen Sanchez, kept being a strong and faithful woman. Carlos decided to follow the Lord and was baptized at the age of 15. Before and after his baptism he served by preaching and being involved in visitation, personal evangelism, Church planting and as a leader with the youth and adults.

At the age of 18, he felt the called to be a missionary and attended the Baxter Institute in Honduras, receiving a Bachelor’s degree in Theology. In 2003 he moved to Colombia to plant a church in Bogota as part of a mission team partnering with Continent of Great Cities. In 2005 he earned his Masters of Theology; later in 2008 he pursued his Masters in Divinity. His greatest accomplishment was to leave Bogota’s Church with deacons and elders. Then in 2011 he moved to Houston to join Impact. He married his wife Cindy in 2014.

Carlos is intense, passionate, and curious (he wants to know everything). He thinks you have to be radical if you want to serve God. He considers one of the most exciting parts of ministry is to share the Gospel with people who have never heard the story, witness their lives changing, and follow the new believer’s growth. He is always focused on creating ways to serve and communicate the Gospel.