Honor to Whom Honor is Due

Last Sunday our sister Onésima Garcia was called to the presence of the Lord. Our sister was a member at Impact for many years. She came to Impact in its early years when it had just started meeting on Washington Street. She was pregnant with David, her youngest son, and had three young kids – Karla, Oscar and Mayra. She attended faithfully every Sunday and Thursday night. For many years and until recently, Sister Onésima lived with her family in the house behind the Teen House. 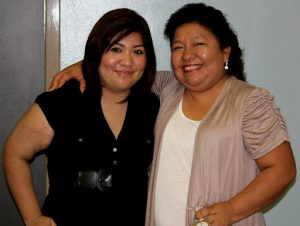 Over the years she became an essential part of God’s work at Impact, serving in cleaning the church buildings. But what was really remarkable about Onésima was her character – always humble, always helpful, never controversial, always with the spirit of a servant. Whenever I met her in the hall she had a soft, serene word to ask about my wife and children.

As you know, in the summers here at Impact many activities happen and the buildings become crazy, with chairs and stuff everywhere. In fact, the life of this church is really like that year-round! Onésima, however, was always humbly fulfilling her work. She was also a remarkable mother, loving all her children equally and particularly helping her daughter, who has had many health problems.

Those of us who preach or serve publicly are often well-known or popular. In contrast, you might not have met Sister Onésima because she always served behind the scenes. But God did know her.

God bless our sister, who now rests in the arms of our Lord, and has now been added to the list of Hebrews 11 as a hero of faith. May God bless her family also.