For about the last eight months I’ve been leading a small group study at the Garden Oaks Adult Activity Center. This is a facility that is specially geared toward adults that have special medical needs and some of them are in need of psychiatric attention as well. Maria Zuniga, a member and team member at Impact, knows the owner of the facility and so we were able to get a Bible Study started without any obstacles, and we’ve been having between 15 and 20 people every week. 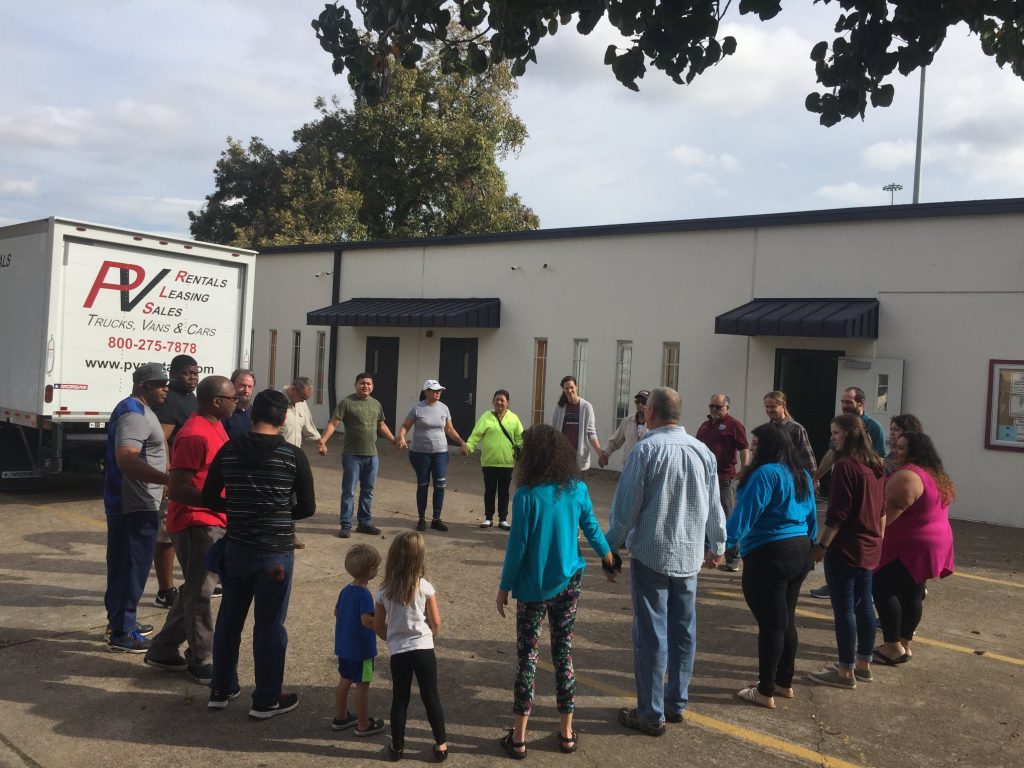 During this time I’ve come to know the owners as well as a good handful of the clients. I’ve come to know one of the men whose name is Howard pretty well. I’ve been able to help him with food from our Resource Center on several occasions. He’s also asked for prayers and we have exchanged phone numbers and communicate regularly. Recently his wife was diagnosed with breast cancer and she underwent surgery just last week. They live in a rundown old motel and they have no family at all here in the Houston area.

Impact was blessed yet again this year by the generous donation of over 300 Thanksgiving dinners to be given by our staff to whoever we deemed in need, and I delivered several of the turkeys to Garden Oaks, making sure that Howard was the first one to get his. I wasn’t there when the staff gave it to him but a few hours later I got a very long text saying thank you over and over again. Howard uses a walker/wheelchair so it’s very hard for him to get around. They had nothing for Thanksgiving and he was so incredibly grateful that they would be able to have this meal. He was also very grateful that it only needed to be heated up rather than fully cooked!