David Lewis begins his Tuesday mornings early, directing traffic for the Impact Resource Center’s food and clothes giveaway. The morning is hectic and serves 100-150 families each week, and there is always one intersection that gets particularly snarled if no one minds it. David patiently does this, and almost always in the hot Houston sun. When this is over he heads over to Impact’s new Lindale campus extension, where he takes out trash and cleans up after the two ministries that have had meetings there the night before. He will also return the following day, to clean up after Impact’s middle school mid-week, and later in the week to cut the grass. 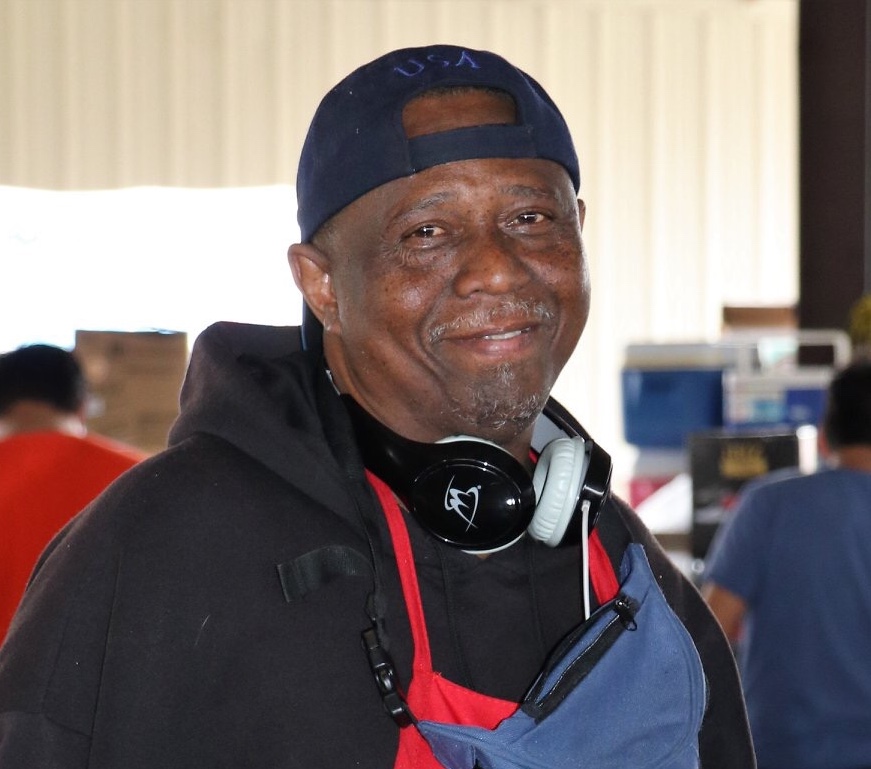 David recently celebrated three years sober from his drug addiction, which had resulted in many years on the streets. His turnaround came when his mother died, and unable to be located by his family, he was unaware of her passing and missed the funeral. David is soft-spoken and a man of few words, but his face still shows pain and regret when speaking of this.

He soon applied for Impact’s Life House, and eventually graduated from the six-month program. A relapse soon followed, however, which led to another turning point in his story. Nate Banks, the program’s House Manager, and Felton Belton, a long-time Impact team member, promptly got in Felton’s truck when they heard of his relapse, and drove around looking for him. David was walking on the side of the street and turned around to the sound of Nate saying “David, get in this truck!” He did get in, and was coached, preached to, and motivated by Nate and Felton on his way back to Impact. He was readmitted that day for another round of the program, and has never looked back.

We tell David’s story in this article because David is in many ways vital to the ministry that is happening in two places – at Impact’s main campus near downtown and at it’s new one at Lindale. We also tell it because he is representative of the change we hope to affect in both places! David is where he is today because God used Impact when David was ready to turn his life around – and we hope to continue to be available for many more ‘Davids’ – both near downtown and in Lindale – when they are ready!

It is only thanks to your ongoing support that this is possible. From now until the end of the year every dollar you give is doubled as part of our annual ‘Double Our Impact’ Matching Funds Campaign, which helps fund our ministries in the coming year – and now in two different locations! All year-end gifts and monthly pledges for 2020 are eligible; to participate send a check with ‘matching funds’ in the memo line or go to impacthouston.org, to pledge or for more information call 713-864-5667. And may God double our Impact!