I Desire to Do Your Will

I first met Daniel when he was in the 1st grade – a good kid that was always around the church. His mom was working in the kitchen at Impact back then, so he and his brothers would be at the church until 8 or 9 most nights. He would do his homework and hang out in the offices with the ministers. A modern-day Samuel, if you will. Daniel never complained about being up at the church instead of at home playing video games or watching tv. I believe he really enjoyed all the hours he spent at the church building. 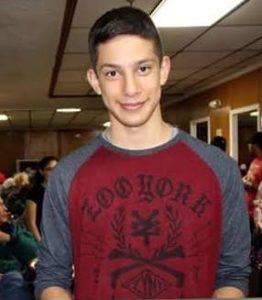 When Daniel was in the 4th grade, he told me he wanted to get baptized. Sometimes that is considered too young to make such a commitment, but I was around Daniel so much that I knew his heart was centered on Jesus. So he and I studied the gospel together, and I had the privilege of getting to baptize him.

Fast forward 5 years, and besides his appearance, not much has changed with Daniel. He is still up at the church almost everyday. Not because his mom works in the kitchen (she doesn’t anymore), but because he wants to be there. On Monday afternoons Daniel leaves his high school and heads to Impact; he does his homework and hangs out until it is time to go to Liberty Island to worship. On Tuesdays after school he is at Impact until it is time for our youth Bible class. On Wednesday nights he is involved in a small group Bible study, and on Thursday nights he volunteers his time helping teach the 1st grade boys Bible class at Impact. Of course, you know where he is at on Sunday mornings. At least five days out of the week you can find Daniel at Impact in a Bible study or volunteering or helping out in some way, still not getting home until 8 or 9 pm during the week. Daniel is a great example of Psalm 40:8 – I desire to do your will, my God; your law is within my heart.